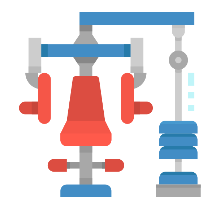 Individuals with various substance use disorders have found that exercise helps to distract from cravings, adds structure to the day, helps form positive social connections, and helps treat depression and anxiety. The Exercise catalog offers content that shows the positive link between exercise and recovery and offers exercise strategies that promote health and wellness for those in recovery.

The siren call of addictive drugs can be hard to resist, and returning to the environment where drugs were previously taken can make resistance that much harder. However, addicts who exercise appear to be less vulnerable to the impact of these environmental cues. Now, research with mice suggests that exercise might strengthen a drug user's resolve by altering the production of peptides in the brain, according to a study in the journal ACS Omega.

Login to the Laura Project and get special insight as a site member.

Enter the email address that you signed up with and we will email you a password reset link.

Your account is protected with two-factor authentication. We've sent you an email with a code to enter below. Be sure to check spam filters if you have not received the email.

Your session is about to expire.